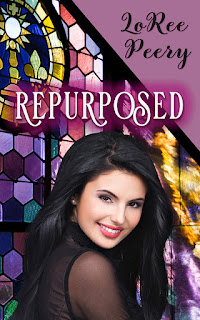 blurb:
Talia Ashby is a perfectionistic data analyst who, on occasion, sees her “fat” self when she looks in the mirror. As a svelte former obese girl, she reunites with her secret teen crush, now a pastor in the church she attends.
Cooper Valiant is dazzled upon meeting a high school friend he doesn’t immediately recognize due to her drastic weight loss. Since his sister had an eating disorder, he’d often felt empathy toward Talia as classmates teased and bullied her. In his pastorate position, he asks her to help girls in the youth group come to grips with body-image.
While working with the girls, Talia's recollections of youthful hurts stir up past insecurities. She must reassess her spiritual journey, and what bothers her in the present.
Added to the mix are her reawakened emotions toward the man who once came to her rescue. Will their joint journey include a personal relationship?

Ascribe to the Lord the glory due his name; worship the Lord in the splendor of his holiness

“OH, NO.” THE SCENT OF gasoline combined with heat from the late August sun had already turned Talia’s stomach. Now a twist of despair completed the knot in her gut. “I can’t believe I let this happen again.”
The clunk of a nozzle sounded from the other side of the pump, followed by a footfall scrape against concrete. She ignored whoever stood behind her.
“…how could you?” Talia moaned and pressed her forehead against the top of the car window frame. Muted motors merged and gave way to the noisy buzz in her head.
Cookie leaped to the driver’s seat and stuck her hairy gray paw through the crack in the window.
“Sorry, not your fault, baby. I’m an airhead.”
“Hey, don’t call yourself names.”
Talia jerked at the masculine voice near her shoulder, mortified her folly had been witnessed. Blank space replaced the dilemma in her mind.
It took concentrated effort to keep an exclamation of recognition from escaping her lips. Cooper Valiant. Hero, and ninth grade through graduation crush. After all this time, he wore the same infectious wide grin. Flashing deep blue eyes were now accented by character revealing crow’s feet. Attractive laugh lines set off his smile. He’d turned into a whole lot of endearing man.
“It can’t be that bad.”
“Uh. The door’s locked. With my keys inside.” She shifted her attention away from his face as a loud pickup engine roared to a low rumble, and grounded herself again in the present surroundings.
“My dog did it.” She sounded like a dolt. At the familiar resounding thud that signaled a full tank, she swiveled and reached for the gas nozzle hanging from her Jeep. “I guess I need help.”
“Here. Let me.” He notched the handle onto the tank and twisted on the gas cap.
A guy in a tricked out pickup pulled behind her Jeep and gunned his motor. Cooper waved at the driver and signaled for the man to switch to another pump.
He revved his engine a couple times, and then backed up to park in another line.
Talia shrugged, her cheeks heating as she grabbed the receipt. “Cookie’s done this before.”
“Huh?”
“My golden.” She wiggled her fingers through the window in the face of her adorable hairy, gray dog. Cookie’s back legs bounced on the driver’s seat, searching for purchase, with tongue lolling from a goofy grin.
“Your golden what? Never seen one like it. Still a pup?”
“Yes. Nine months. A high energy goldendoodle. The Poodle is obvious by the hair. She’s smart and obedient like a golden retriever, so she makes a great companion. And she cheers me up just because she doesn’t have a care in the world other than keeping me company.”
“She looks happy. I’d be happy, too, in the presence of such a beautiful woman.” He paused and sobered as if he’d spoken without thought. “I won’t apologize but that was out of place. As for your dog, I’d love to hear more about her. But it seems her energy has put you in a pickle. Will I be okay if I try to get my arm through the window?”
“Sure. She’s a lovable marshmallow, safer than a cat. But my keys are further away than your arm can reach.”
He rounded the hood, shot her a challenging just-watch-me grin over the top as his hand disappeared inside the passenger window. Much to her surprise, the lock clicked open.
Talia refrained from making a face at him. He’d hit the button on the door to release the handle rather than reach for the keys on the seat, where she would have sought the fob with her shorter arm. Guys just plain thought different than women.
As she grabbed her receipt, their gazes met again, and connected in a way that erased mature thought from her head.
“We’re holding up the line.” He flashed that ever-ready smile. “Nice ride, by the way. Purple suits you. I suggest you find another place to sling your keys the next time you get gas.”
He’d always been one with a ready answer.
Cookie slapped her front legs over Talia’s arm, so she body blocked the dog from escaping as she scooped up the keys dangling from Cooper’s hand. “I’ve got my hands full with this one. Thanks again.”
How could she have forgotten the kind expression in his bright blue eyes and the thickness of heart-shaped lips that any woman would covet? Close-fitting jeans revealed that he’d kept his lanky frame, and muscular definition told her he worked on keeping in shape.
She watched him climb into a sporty yellow two-seater. Cooper was dressed in a salmon Tee shirt, perfect for the fall season, not quite his favorite shade of orange, if she remembered right.
Why run into him again now? Just at the time she was taking on a new way of serving. She forcibly pulled herself together, took two deep breaths, and then engaged her own car ignition.
Talia broke into a satisfied grin. He hadn’t recognized her. Wouldn’t he have been surprised to know she was the fat girl he’d befriended back in high school? 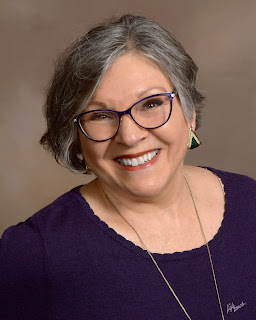 Nebraska country girl LoRee Peery writes fiction that hopefully appeals to adult readers who enjoy stories written from a Christian perspective, focusing on the romance. These include novels and novellas for women and men in the Contemporary, Romance, Historical, Time Travel, and Mystery/Suspense categories. She writes of redeeming grace with a sense of place. Her Frivolities Series and the book based on her father’s unsolved homicide, Touches of Time, are available on Amazon. She is who she is by the grace of God: Christian, country girl, wife, mother, grandmother and great-, sister, friend, and author. Connect with LoRee through these links: www.loreepeery.com
https://twitter.com/LoreePeery
https://www.facebook.com/LoReePeery
Find her publications at Pelican http://tinyurl.com/kwz9enk
And Amazon https://www.amazon.com/LoRee-Peery/e/B004UAGL2W/ref

LoRee Peery said…
Thank you for sharing part of my new story with your readers, Clare. Body-image can have a huge impact on our lives, for good or bad. Blessings to you and yours!!
15 April 2020 at 18:51