International Retrieval Organization Agent Lela Ortiz is assigned the kidnapping case of businessman, Chuck Davenport. When her boss allows Chuck’s brother-in-law to assist, Lela accepts the help with reservations, especially when Jay Vashon, prays to God at the most inopportune times.
Jay would do anything to help bring his brother-in-law home, even work with hesitant Agent Ortiz. As Jay helps Lela decipher the clues sent to Chuck's special-needs son, Jay begins to fall for the feisty IRO agent.Can Jay break through the barrier Lela has constructed around her heart? Will Lela be able to overcome her distrust of men and God?And what of Chuck? Can the pair locate him before the ransom deadline?

Excerpt from Day of Reckoning:

Two hours crouched behind a reeking dumpster on a dead-end San Diego street must be the worst possible way to spend a balmy Saturday night. Private Investigator, Agent Lela Ortiz stretched, and massaged her taut neck muscles.
Heavy-metal music pumped out of the open living room windows of the suspect’s house. When would the rowdy party end?
The raid they’d been working on for more than a week had to go down tonight, or the life of a nineteen-year-old girl with a severe medical condition could be lost forever. If they didn’t rescue her now, she would surely end up bruised, broken. Perhaps dead. The tight burn scars on Lela’s torso pinched as if they had a mind of their own. At a minimum, dead inside. Like Lela.
She stood and slowed her breathing, a Tae Kwon Do technique she’d perfected in recent years. Patience was not one of her virtues, but the exercise lowered her stress level.
According to the last check of her watch, another half-hour crept by before the partygoers stumbled down the front steps of the aged house scheduled for demolition in the morning. In the darkness, Lela pressed her back against the warped clapboard siding of the residence. Peeling paint flaked off in her hand.
She counted the people as they staggered down the street or crawled into vehicles. Four. Five. Six.
Where was the last one? From the shadows, she peeked around the corner and almost collided with number seven. Flattening herself against the wall, she reached for her holster.
Drunk, or high, the burly man squinted at her. The streetlight strobed across his whiskered face. His brow wrinkled and he stepped closer, sucking in a deep draw from his cigarette.
A gust of wind swirled smoke in Lela’s face. The pungent odor roiled her insides, raking up bitter memories. No! She refused to visit the past.
“Why you hiding here?” A puff of alcohol-laced air sprayed out with his slurred words.
Lela held her breath.
His presence at that precise moment could jeopardize the mission. Silence him, but that would draw attention. Ignore him—
“Hey. I’m talking to you.” The man flipped his cigarette butt into the dumpster.
“I. . .I’m waiting for Doug. He said he’d meet me here after the party.” Good enough to explain her lurking presence.
“Sly ol’ Dougie Polk.” A gruff laugh rumbled up from his beer-belly. “Little blonde Chrissy inside, and a cutie pie brunette out here. Good for him.” He wiggled his eyebrows. “Want me to keep you company while you wait?”
The music ceased abruptly.
Lela pointed toward the house. “I’m pretty sure Dougie wouldn’t like that. He’ll be coming out any minute.”
“Yeah. Too bad.” He turned away and waved over his shoulder. “Holler at me if you change your mind.”
Lela watched him stumble down the street, laughter floating like a boozy cloud behind him.
When he shuffled out of earshot, she tapped her earpiece. “Hank, seven people left the house. That’s how many guests were inside, correct?”
From his station at the rear of the house, her teammate responded. “Yeah. But. . .”
Something in his faltering voice prickled her scalp. “What’s wrong?”
“Nothing. Are you sure we don’t need backup?”
“Not if your recon was accurate. I’m relying on you.” 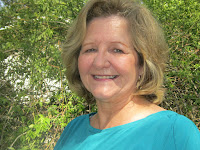 After serving as missionaries in her home country of Zimbabwe and raising two children, Glenn and Valerie moved to Texas. She worked in the public school system for many years, focusing on students with special needs. Now retired, Valerie spends her time writing, and spoiling her grandchildren.

Novels include: Deceive Me Once; Colors of Deceit; Weep in the Night; and stand-alone sequel Day of Reckoning.

Check Valerie’s website to learn more about her books: www.valeriegoreeauthor.com

Valerie loves to hear from her readers. You can contact her at https://www.facebook.com/ValerieMasseyGoree/.