Dark Lake has a release date 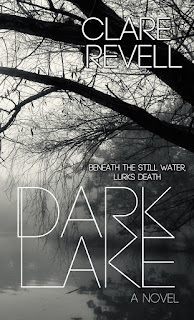 Dark Lake has a release date :D. September 21st. YAY. And it'll be paperback and ebook from Pelican Book Group.

I love this story. It was one of those that just ignored my plan and did what it wanted. It's not romance, hence this one is a harbourlight release. OK, so there is kind of a love story there, but it's not the 60% romance 40% everything else for the White Rose line. It's more 80% death and destruction 10% everything else and 10% oh i do love you thrown in. Shhh...spoiler. Make that 90% action and 10% romance. ;-)

And I love the cover - it looks suspiciously like the photo I send Pelican of the nice foggy lake about a ten minute walk from my house.

Blurb:
Archaeologist Dr. Lou Fitzgerald is used to unexpected happenings, and they don't usually faze her. After surviving a childhood disability, and dealing with an unfair boss, Lou has learned the art of rolling with the punches. But when she arrives at Dark Lake, what was supposed to be a simple archaeological dig is beyond even her wildest imaginations.

Land owner Evan Close has his own reasons for keeping the secrets of Dark Lake, and this attractive interloper is a menace. Her precious dig threatens to bring his house of cards tumbling down around him, and he feels helpless to stop it.

It soon becomes apparent there are dark forces at work, and Lou's simple assignment turns into a mystery. Solving that mystery comes with a steep price.


Lou is one of the main characters from the Signal Me series. In this novel, she is now 32 and has achieved her dreams of being a champion swimmer and an archeologist. However, it’s been done at the expense of a social life.

Please note that this and all subsequent releases from me  will be in correct English... ummm that is British English. So lots of flavour, colour, harbour, etc. No u's will be excluded on the account of them living the wrong side of the pond... :D

I will post an extract once I've decided on one. Too many good bits in this book. And I can't give away spoilers.

January 10, 2019
Ocean's Apart is now available as an Ebook and a paperback on Amazon. This one isn't your normal romance - the hero and heroine are not young twenty or thirty somethings. They are both in their sixties, mature, but still fun loving and willing to do new things. But then life doesn't end at forty, fifty or sixty. We are never to old to find love for the first or second time.